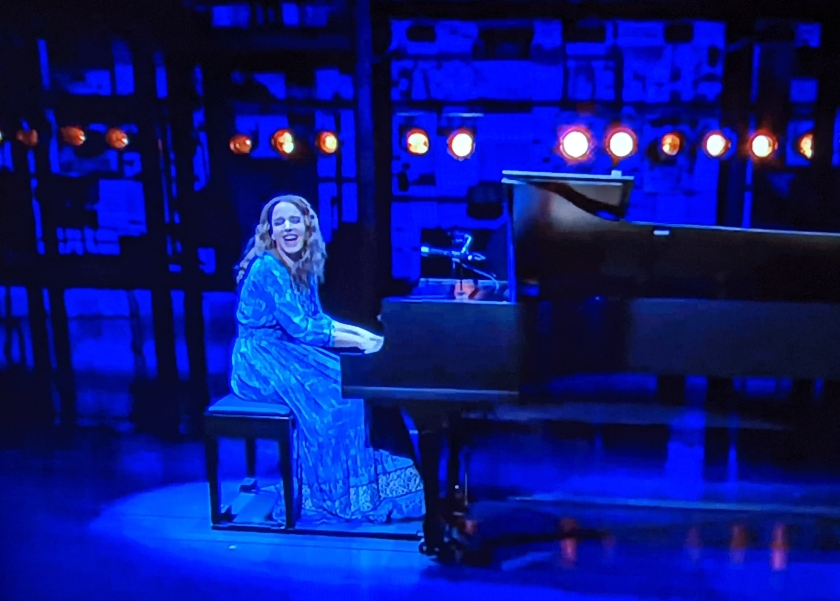 Hello again, and welcome back to my weekly column series where I talk about all things in pop culture!

This week I will be talking about: Theater and Television

As many of you know, theater is one of the last elements in the world of pop culture that is still on pause.  Theater is something that means a lot to me.  So to say the least, I miss seeing shows on the stage dearly.

Over the last several years, Broadway has become more and more popular.  And because of this popularity for the current Broadway theater scene many productions have been professionally recorded and have been shown at movie theaters and on television.

You’re probably thinking I’ve watched every Broadway production that is currently up on a streaming service or that has been on television since Broadway is something that I enjoy so much.  And the answer to that is, I haven’t watched many Broadway productions that have been put up on TV or streaming services.  You might be surprised to hear that.  How can I, someone who loves the theater and Broadway, not be interested in wanting to watch theater on television?  The thing is, theater, for me, is something that is and will always be better to see live and in person.  These days, that’s obviously something that’s not possible.  Up until theater went on pause, I had never gone more than a few months without seeing a show live on the Broadway stage.  Watching a Broadway show on TV is nice, and I’m glad I have the opportunity to watch Broadway on TV, but for me it will never be the same as seeing a show live and in person.

Out of all the theater that’s been on TV these last few months, what I enjoyed watching the most was NBC’s Broadway fundraiser special.  It wasn’t a full Broadway production, just a few songs from a few shows were performed.  But what I loved so much about this special on NBC was seeing the streets of New York City again, seeing a Broadway marquee again, seeing a Broadway theater again, and seeing actors who I admire so much get to sing their hearts out again.  Even though I wasn’t getting to see any of this in person, for one night I forgot how sad I’ve been without Broadway in my life.

I haven’t written about theater for some time now on my blog.  For one, I haven’t seen a Broadway show or any theater production in over a year.  And two, it was difficult for me to talk about live theater in the past tense.  There’s a song in the musical The Prom about theater and how for some, like myself, it gives life meaning and makes life worth living.  Theater is something that is one of a kind, that can make one smile, that can make one think.  To me, theater is everything.  I miss it, and I look forward to a time when I can see a Broadway show, not on TV, but live and in person once again.

Before I go, here are some Broadway shows that have been professionally recorded that are currently up on streaming services:

-And always, be sure to check PBS for any professionally recorded theater or Broadway productions!

I hope you enjoyed my weekly column where I talk about all things in pop culture!

Thanks so much for reading!

Hello, everyone out there in the land of blogs! My name is Jodi Fisher. A hopefully interesting yet quiet gal who wishes she could afford to live in the Big Apple. Some of you out there may be wondering why I decided to start a blog. There are so many blogs out there, that I didn’t think it was worth it for something nobody might even read. Although, with this new year I decided why not? So here I finally am with my own blog. So what is my blog all about? Well, as I previously have mentioned I am a fan of all things entertainment. Television, theater, and books are my very favorites out of pop culture. There is a chance if you were to ask me about a random television show or stage play, I will probably know if it’s worth viewing. I am also someone who loves nostalgia and remembering the better times from my past. I usually like to incorporate my love of entertainment and nostalgia together, when I wrote my blog posts. Along with my fondness of entertainment, I am someone, who tries to notice the simple things in life. So in ending this little tidbit about who I am, my goal in starting this blog is to just simply be me and write about things that I find interesting and entertaining. View all posts by Jodi Fisher

2 thoughts on “Random Thoughts About Pop Culture On A Monday…”