Summer ending is never a fun time. Swimming during those delightful afternoon hours is now a thing of the past yet again for another year. To those who have been reading this gal’s thoughts….yes, I am obsessed with swimming. I try to bring it up in at least every single article I write. It happens…….

Anywho… Well, the only bright side to summer ending is the start once again of the regular television season when TV Nerds everywhere can rejoice that their favorite shows are once again making way back to their TV screens again. We, Nerds, who love the entertainment that is TV say goodbye every spring and weep until September when our fave shows come back around saying that metaphorical, “Hey Girl! We back! Your DVR will constantly be at a full capacity of 100% every single night no matter how much you watch. Hahahahahahaha!”. Well, in my case, my DVR is usually always at around a 98% anytime of the year. I watch….tooo much…..TV Nerd problems.

So yeah, if it’s not obvious to tell at this point that when it comes to TV I’ll watch just about anything. I have a limit though, and it turns out to be Dancing With The Stars. I know it’s this big ratings hit kind of show, but this gal just doesn’t get and never will. Sorry to those who watch, that’s just my thought on that. Anyways, I usually give about anything a chance, any genre, reality or scripted. The downside to that is my DVR doesn’t have a 1000% capacity, which at this point it totally should. Don’t the DVR companies at this point know that I like everything and 100% capacity for DVR taping just doesn’t cut it. 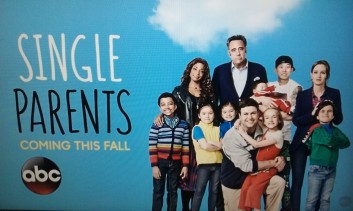 I have to admit this year I’m not super up to date on a lot the new shows premiering for Fall 2018. I did watch Bachelor in Paradise over the summer though. Sounds random, but anyone who watched that this summer will tell you one thing: ABC promoted the heck out of two new shows. A Million Little Things and Single Parents. Based on like a ridiculous amount of advertising set aside like….we get it! Promotion overload once again set aside, these two new shows happen to look really good and behind the book to tv adaptation of Lifetime’s You, are my most anticipated new shows of this Fall TV Season. (Both premiering on September 26)

This year is also the end of three shows that happened to be classics in this gal’s humble opinion. I’m talking Crazy Ex-Girlfriend. I’m talking Jane the Virgin. I’m talking iZombie (Okay, I know I’m talking Fall TV 2018, and have no idea when this show is returning, but whatevers it’s a favorite for life!). It’s bad enough when one of your favorite shows goes off to that land of TV Heaven up in the TV Heaven Skies….but THREE in the same year! Whoa! Whoa! Whoa! It’s too much. I need a minute….. Is it summer yet? Can I go swimming? No. Ugh. Okay.

If it’s not obvious at this point these shows have come to mean a lot to me. Not only are the main characters some of the most awesome chicks in all of TV land, the shows in general just rock! They are shows with interesting characters and stories that continue to keep you interested in the next episode ALREADY!, and shows that are unique with flair and charisma for days. I was a bit in what I’ll just call: TV Denial That Your Favorite Shows Are Ending… What Do You Mean They Are Ending?!?!?!?!?!? No, no, no, no… Very Funny. Oh, wait it’s for real? NOOOOOOOOOOO!”. Yeah, that’s basically how I reacted when hearing these three gems I have come to just adore and love are saying a bye-bye. Even though, I would love to see them go on for literally forever. 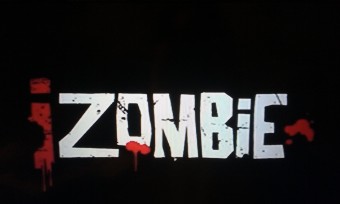 At the end of the day that is “TV” for my life as a “TV Nerd”, I do recognize how shows should end when you still want to keep watching them. Meaning these shows never hit that level of “ugh, this show… I’m over it” (which I usually never reach as a TV Nerd myself, but still). If a favorite show of yours is ending and you’re sad about it, that show has basically done its job of being awesome. You should be sad your favorite show is ending cause by being sad it just proves how much it meant to you. Always sad to see awesome shows such as these three leave, but glad they were here at all. (Crazy Ex-Girlfriend returning October 12, Jane the Virgin and iZombie: return date has yet to be announced)

As I’m sure you can tell by now I love TV!!!!!! I mean I just flipping love the art that is television. There now that was less dramatic, right? Oh, who am I kidding. When thinking about all the new and returning shows for this new TV season I basically feel like Sue from The Middle shrieking, “AHHHHHHHH!!!!”. There isn’t enough space for me to list every show I’m excited about, so I’ll just list a few gems that I am pumped about:

*The Goldberg’s on ABC* I basically fell in love with this show the moment I started watching it. Soon to be entering its sixth season (sixth?!?!?!…where does the time go I tell ya), this 80s nostalgic gem with an over-the-top amazing cast has become a classic staple of how a comedy should be. Bonus: tons of 80s references. And who doesn’t love an 80s reference! I do! I do! From Beverly’s rhinestone sweaters, to classic 80s pop songs, to nostalgia of a easier time The Goldberg’s continues to forever be that show I will always look forward to watching every Wednesday night. (Returns September 26) 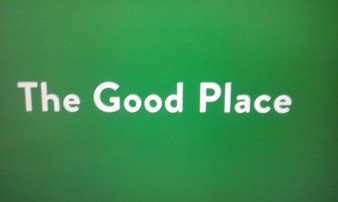 *The Good Place on NBC*This show is just so forking good! Not only is it full in loads of charming and quirky, there is then the premise of the show itself. It has, I feel, one of the most ambitious story lines I have ever seen for a twenty-two something minute comedy show. I mean, the Season One finale, will forever be one of the best twists of all of time! I mean…. just what the fork! So forking good, right! In only the two seasons the show has had every episode manages to top the previous one surprising you one episode to the next. It’s different, it’s unique, and it’s simply a perfect little gem that I adore every time I watch it. Plus, how adorable is Jason! Literally, the definition of a lovable goofball in every sense. (Returns September 27) 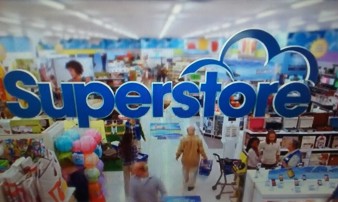 *Superstore on NBC* This workplace comedy on NBC definitely has a spot on my Thursday nights. For I must watch it right away and not a week later and watch on DVR. That’s how you know it’s good. It must be seen immediately, no delay. The quirky for days characters and a very Office like vibe makes Superstore that kind of comedy with heart that you can’t help but love. Lovable, wacky, memorable moments from lovable, wacky, memorable characters will continue to make me feel like I’m on Cloud 9 every moment while watching this gem that is a show! (Returns October 4)

*This Is Us on NBC* I, like everyone in all of everywhere, fell in love with This Is Us when it started two years ago. Can you remember a time before This Is Us? I can’t, TV Nerd brain though over here. I usually am that person that rarely cries when watching a TV show. But then This Is Us happened and hello tears on my face every single Tuesday night. The episode with *SPOILER* Randall’s dad, William, passing *SPOILER OVER* literally made me cry as though I was watching the series finale of Six Feet Under. Don’t speak in TV? I’ll translate: I couldn’t stop crying. Despite the critics not caring for Season Two citing it as too sappy, I continued to appreciate this show because it feels real in every episode. It’s a show that continues to make you think and appreciate the everyday things in life you might sometimes overlook. And how at the end of everything, family and friends are life’s most precious gifts that you can have in one’s life. So bring on Season Three, and also passed the tissues please! (Returns September 25)

*911 on FOX* I will watch any show that Ryan Murphy is involved in making. He’s a visionary television genius as far as I’m concerned. All of his shows despite some having that occasional shock value here or there (I’m talking to you, American Horror Story!), have heart and insight into the human condition that life can be. Plus, Peter Krause is in it. Forever Six Feet Under Fan Over Here! 911 is a show that deals with that human condition extremely well. It deals with the stories and the lives of first responders and the toll that the job can sometimes be on oneself. Season One dealt with some crazy situations that these professional heroes went through to save lives of others they don’t even know. This show deals with bravery that one can have with when focusing on the job. Then it also shows how you can be brave for others, while struggling in your own life despite being fearless when it’s called for and while not being that fearless person for yourself. It’s very relatable in that aspect of making mistakes and how sometimes it can take just one person to help you get back on track again. (Returns with a two night premiere September 23 and 24)

*The Good Doctor on ABC* Like when Ryan Murphy is involved in a show, I will also watch anything Freddie Highmore is involved in. Being a super fan of his work from Bates Motel, I am once again a super fan of his work on The Good Doctor. In this show, Highmore plays Shawn Murphy. The Good Doctor is more than just your average la-de-da medical drama. In this show, Highmore plays, Shawn Murphy, a doctor who just also happens to be autistic. The board at the hospital doesn’t feel Shawn is a good choice for a position as a doctor at their hospital. With the encouragement of the hospital administrator, who puts his own job on the line to prove that Shawn is more than capable of being an excellent and qualified doctor at their hospital, Shawn gets the job. The Good Doctor is a show that has heart, a show that makes you feel, a show that makes you think. It’s more than just your average medical drama, it’s better. (Returns September 24)

Okay, I have tons of more shows that I’m looking forward to, whether it be new gems or returning favorite gems. I’m pretty sure this article would be thousands of pages long if I listed absolutely every single show I am looking forward to returning, as I am never able to turn away from a great TV show. So I’ll just leave it with those gems of shows in the meantime. TV can be great. It can take you away for a little bit of time when watching where it can allow you to forget about yesterday or today or tomorrow. Sure, when the show is over reality hits back. But that’s life, right. So when those moments arrive where you just need some distraction from the craziness annoyances that the average day can sometimes be, I say thank you TV. Just thank you.

Hi! I’m Jodi! My dream is to live in NYC, see a Broadway show every single day, and write about the arts for a living. Until that delightful day arrives, I’ll be over here blogging about my love of the arts! View all posts by Jodi Fisher