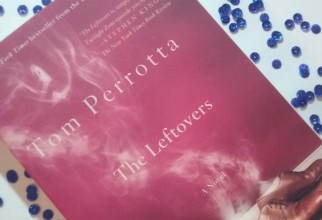 People say all the time that we are living in the golden age of television. And it’s completely the truth. There are literally, like A LOT, of new and returning shows premiering each and every single week now. Some shows, even as critically acclaimed as they may be, sometimes go unnoticed. And fall into that category of “great underrated shows”.

Such as in the case, with the now over show that was “The Leftovers” on HBO. Adapted from Tom Perrotta’s novel of the same name, this TV gem was seriously the absolute best existential drama since Six Feet Under. The Leftovers, like Six Feet Under, was able to deal with the daily struggle it is of just getting by sometimes.

Although, in the case of The Leftovers, there was a bit more of a struggle to understand why sometimes things happen in life, even more so. To give a brief overview to what this show was about was that one random day, 2% of the population from all over the entire world just vanish. That’s how the show starts off. It then shifts its focus on the aftermath of this tragic occurrence, and how the people who are left behind are affected by this. The people that didn’t disappear, that didn’t vanish, who are forced to somehow go on with their lives after something so traumatic has happened.

The consistent theme of this remarkable piece of television, is how it feels to not have closure in one’s life. What it feels like for someone in your life to be there one day, and not the next. Life is hard, complicated, and trying at times. To have things in your life that you feel are left unanswered or abandoned, can sometimes feel difficult to move on from or get past. This show deals with that concept exactly perfectly to a tee.

This is a very dark, very existential show. It grapples with depression, anger, and the roller coaster that life can occasionally be. The characters in the show deal with every emotion imaginably possible. This show doesn’t shy away from that existential thought of “Why and am I still here, and they’re not”. This was a show that raised more questions than answers in every episode. Such as in life where some questions will inevitably remain unanswered.

I watched the first episode when it premiered on HBO back in 2014. I really liked it a lot. Although, being in the golden age of television now, I fell behind on it with so many other television shows out there. Which I imagine is why others might also not have tuned into the series when it was still on TV. But thanks to HBO on Demand, I caught up on season one before season two had started. After I started watching the show on a more regular basis, I quickly became a fan of this series. It was a show that knew what it wanted to tell and how to tell it. Where every thing was told in exactly the perfect way. From the ongoing song that played (a Maxene Cyrin cover of The Pixies ‘Where Is My Mind’), to the story line of people trying to grapple with a life where certain questions would always be unanswered, to just the incredible raw acting of the cast.

This show may have only lasted three seasons, but it didn’t need anymore than that to tell what it wanted to say. Sometimes series that start off strong and have a great story line can falter and go past their prime after too many seasons. A series can drag on and with what started off as interesting and compelling, can quickly go in the opposite direction. It happens to the best of them. I believe that sometimes for a series to keep the essential essence of the story they wanted to tell, less can sometimes be more. It seems like many networks these days are coming around to that concept of a shorter season order. More and more series are getting a 8- 13 episodes per season order, instead of 24 episodes per season order. A season that consists of 24 episodes, might have a story that drags on because of the amount of episodes ordered to be made. With half that amount, the story can be more condense and be exactly what it needs to be. As much as I love The Leftovers and was terribly sad to see to it leave, any more episodes than what was created might have lost the story the writers intended to tell.

I always find it interesting when great amazing shows go under the radar, especially one like that of “The Leftovers”. But with soooooo many shows these days, I get it. It’s literally impossible to watch them all, and that’s coming from someone who watches way too many shows already. I always love shows that on some level you can relate to and make you see things in a different way. The Leftovers, for me, is that show. It made you feel. It made you think. With so many shows feeling the need to answer every question, this show didn’t. Some might find that frustrating, which is understandable. Although, such as with life, there are times when many things may go unanswered. And if this show dealt with anything, it dealt with things left unsaid or unanswered. How even though it may pain you, frustrate you, and depress you, you have to find someway to try and move on the best that you can.

Hello, everyone out there in the land of blogs! My name is Jodi Fisher. A hopefully interesting yet quiet gal who wishes she could afford to live in the Big Apple. Some of you out there may be wondering why I decided to start a blog. There are so many blogs out there, that I didn’t think it was worth it for something nobody might even read. Although, with this new year I decided why not? So here I finally am with my own blog. So what is my blog all about? Well, as I previously have mentioned I am a fan of all things entertainment. Television, theater, and books are my very favorites out of pop culture. There is a chance if you were to ask me about a random television show or stage play, I will probably know if it’s worth viewing. I am also someone who loves nostalgia and remembering the better times from my past. I usually like to incorporate my love of entertainment and nostalgia together, when I wrote my blog posts. Along with my fondness of entertainment, I am someone, who tries to notice the simple things in life. So in ending this little tidbit about who I am, my goal in starting this blog is to just simply be me and write about things that I find interesting and entertaining. View all posts by Jodi Fisher

2 thoughts on “There once was a show on HBO called “The Leftovers”….”